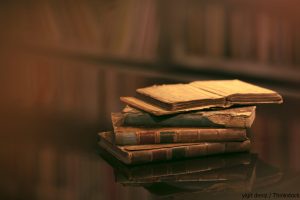 Spend a day exploring some of the rich history of Portsmouth, NH, at the Portsmouth Athenaeum.

About the Portsmouth Athenaeum

Located in Portsmouth, NH, the Portsmouth Athenaeum is an independent membership library, museum, and gallery. Founded in 1817, this establishment is a piece of history on its own. The 1805 Federal style building was designed by Bradbury Johnson originally as the office for the New Hampshire Fire & Marine Insurance Company, which later went bankrupt. The Portsmouth Athenaeum Society later acquired more of the building and expanded into the third floor to accommodate the Copley Research Library and Randall Gallery. As the years go by, this institution has kept certain 19th-century customs such as members who are called proprietors and directors are called keepers. The collection now exceeds 40,000 books and 12,000 photographs (4,000 of which you can find on their website). The Copley Research Library and Randall Gallery are currently free of charge and open to the public Tuesdays and Thursdays from 1 pm to 4 pm, and Saturday from 10 am to 4 pm. You are also able to make special arrangements if you would like to visit outside of these times, just make sure to contact the society directly.

The Portsmouth Athenaeum constantly has new exhibits and events. Make sure to check their calendar for the most up to date information.

After spending the day exploring some of the rich history Portsmouth, NH, has to offer, make your way to the best accommodations in York, ME, at Dockside Guest Quarters. Dockside Guest Quarters is a special place on the Maine seacoast offering a variety of distinctive accommodations. Here we capture the essence of Maine with natural beauty, genuine hospitality and an abundant array of sights, recreation, and activities. This unique location on a private peninsula provides an unsurpassed panoramic view of York Harbor and the Atlantic Ocean. Each morning wake up to a delicious and complimentary breakfast buffet to start your day off right. Be sure to check out things to do in Portsmouth, NH, and things to do in York, ME. We look forward to booking your getaway!

Anytime, any reason you are sure to delight them with an unforgettable experience at our award winning inn. Order a gift certificate online instantly!